A game, a painting, a mix and a meal

I want to do a short recap of the year. A year in which I hardly wrote any blog posts. In fact, I wrote very little at all; maybe just some work-related stuff. I am hoping to change that this year. But before I dive too deep into 2023, let’s look back on 2022 through some favorites.

This game came into my life as a surprise, Pokémon Legends: Arceus. A non-mainline Pokémon game is usually not that interesting to me. I’ve played Pokémon Snap way back on the Nintendo 64 and enjoyed it, but I’ve also dabbled into Detective Pikachu. It just wasn’t for me.

I was thinking Arceus might be another oddball Pokémon game. I think I just didn’t even get what it was supposed to entail. The name threw me off as well. Then my brother bought me and my girlfriend the game and… wow.

The ‘ancient’ timeline, the music, the directness of the gameplay. It was the perfect Pokémon game to me. A game that just worked. Running around searching for Pokémon and just throwing balls at them seamlessly was the most fun I had in games in a while.

Maybe it was the time of year as well. February was cold and dark, but the end of it hinted at the spring. It was a month of spending the evenings inside with a hot drink, a little snack and watching vlogs of people getting their life up and running, or redecorating their homes. Basically motivating us for the year to come.

Now close to a year later, I’m playing Pokémon Scarlet. But to be honest, give me Pokémon Legends 2. There is nothing like spamming Pokéballs at unsuspecting Machokes. 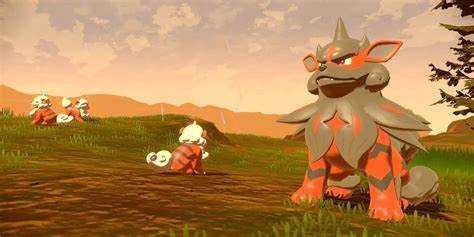 Back in May my girlfriend and I decided to visit the Rijksmuseum in Amsterdam. There was a temporary show called Revolusi! The show promised an independent and international perspective on Indonesia’s fight for independence between the years 1945 and 1949.

Aside from my personal interest and connection to Indonesia (and Holland), one of our main reasons to visit the show was because of a specific painting that was being shown there. In the weeks ahead of this show my girlfriend had been researching paintings from Southeast Asia and had come across the painter Hendra Gunawan. We both were immediately struck by his paintings. I loved the colors, the expressiveness and just the rich storytelling.

A selection of his paintings now was being shown at the Revolusi! show, including his major work: Pengantin Revolusi

You can see a picture of it below to get a feel for it, but in real-life it’s so damn good. Even after looking at it for over an hour I still couldn’t get enough of it. It’s magical. If ever you get the chance to see it I wholeheartedly recommend you go and do just that. To me it’s one of those paintings that imprints itself on your mind and stays in your body. Just pure art. 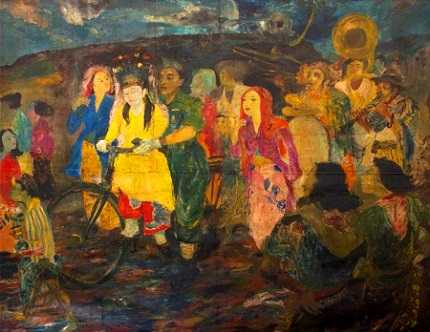 Making music has always been part of me. Producing music on a computer with a DAW I’ve probably done since I was 12. I’ve used Magix Music Maker, FruityLoops and pretty much any other software I could get my hands on.

I’ve also tried my hand at a bunch of genres. But through it all I’ve also just loved the straightforward four to the floor. Just these trusty kicks and go. There’s a world of music you can put between that thumping beat, and computers are just so well-equipped to thrive in that style of music.

In the last two years I have discovered hardware though, and by that I mean drum computers, synthesizers and adjacent gear. They have been around forever, but somehow always existed outside my view. But I see them now. And I also stumbled upon one of the greatest to do it with those machines (to me): John Tejada.

The many afternoons I had to dive into our codebase head-first and somehow keep my focus were almost all made possible by a couple of Tejada mixes. His mastery of the machines, his super clear and direct compositions, his amazing sound. It just exudes skillfulness.

So for the foreseeable future whenever I need some focus time, I’m going straight for his mixes. And whenever I jump on one of these music making machines myself, better be sure I’m somehow trying to emulate him.

It was late September when we got the chance to go on an impromptu holiday to Valencia. With the temperatures over there still very summery, it was finally time to just wind down and relax. Since we would land late in the afternoon, we would still have some time in the evening to grab a meal before heading to the hotel.

My girlfriend booked a table at a restaurant she found through YouTube. It was supposed to be a great hip little Korean restaurant… and it was! It’s called La Taula de Yoon and the menu offered us pretty much two choices, and some add-ons if we were extra hungry. I like these kinds of setups as it allows the chef to do their thing. And she did!

We got some classic Korean dishes as small starters including the most beautiful and fancy little Tteokbokki I had ever seen. And it tasted the part. The follow-up barbecue stiry fry and glass noodles dishes were equally perfect.

I am by no means an expert on Korean food, or even moderately knowledgeable, but I can appreciate when food is just a pure joy. It was fun to eat, went down super smoothly and looked fantastic. And in the end that’s pretty much the only thing that matters. 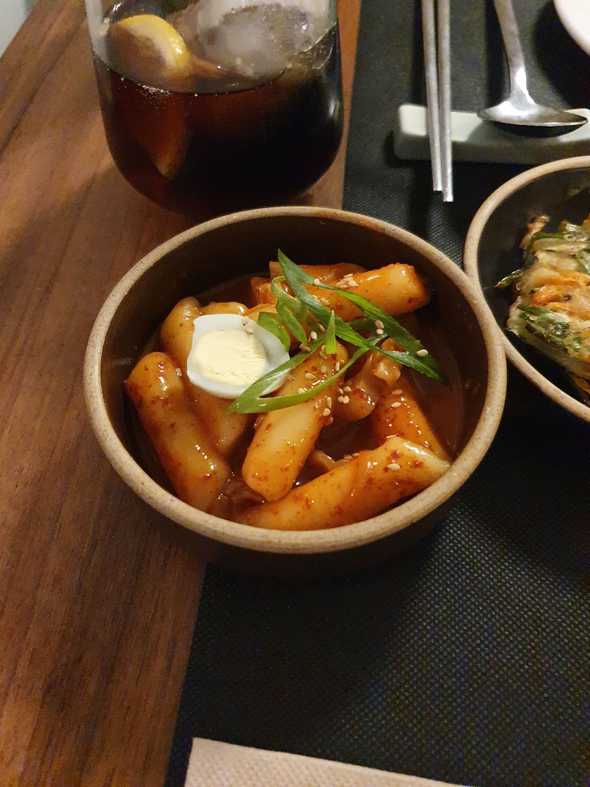